A familiar tradition in three generations

The history of Hotel Gardenazza has lived years of transformations and changes, but it preserved its passion for the hotel sector, for its cure, its concern and its attention with regard to the guest.

Back in the 1939, where the villages of Alta Badia were small mountain villages and the Dolomites were slowly presenting themselves to the world, Emma and Natale Irsara built the Villa Gardenazza. A modest environment, where the rooms were exclusively rent to groups whom they offered breakfast to.

In the year 1974, with a second generation, run by Rita and David Irsara, the Villa turn into a small guest house, starting to offer half-board treatment. Many restructuring activities and expansion followed.

In 2015 the management was passed to the young Mirjam and Oskar Irsara, who started working for a totally renovated structure. The new Gardenazza hotel was born to offer the best services, while remaining the place where you feel at home also during your holidays. 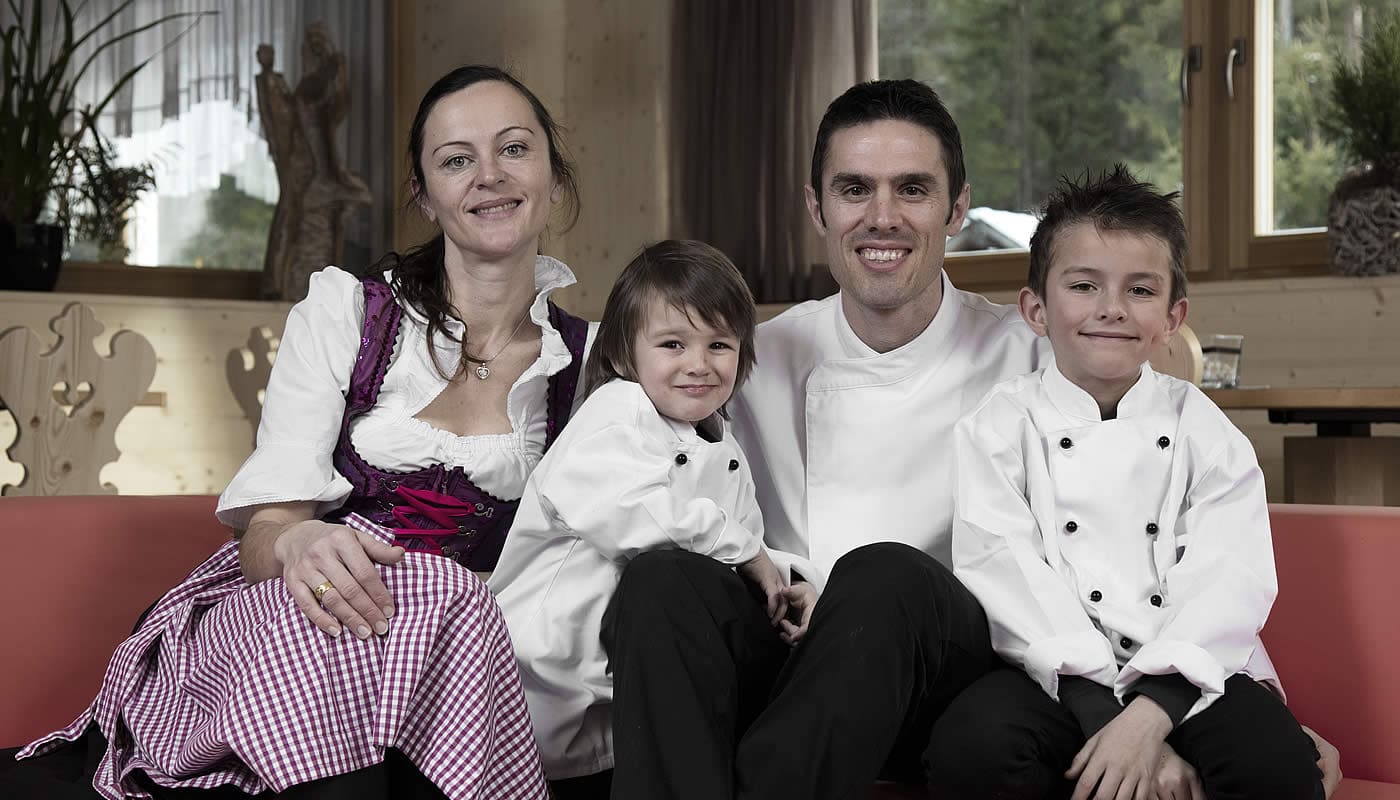