“Bun dé, bëgnodüs”, two Ladin words to greet, and to welcome, born more than 2000 years ago with the roman invasion in the alpine territories. The vulgar Latin spoken by the Roman troops was mixed with the Rhetic idioms once spoken in the major part of the alpine arc. The Ladin language was born and it was preserved until today thanks, especially, to the particular morphology of the valleys.

Together with this ancient language a real and proper culture was born, well visible on some aspects such as identity, traditions, traditional architectures, cuisine etc. Ladins have always proved themselves to be very open with regard to the populations that surround them, succeeding in, during the second half of the 19th century, solidifying their economy in the turistic sector. Hospitality, linguistic versatility, competence and great commitment have allowed the five Ladin valleys, among which Val Badia, to become the most renowned destinations of the alpine arc.

The Ladin culture is well-established in the subsistence economy, agriculture and artistic craftsmanship. Values that still nowadays the population esteems and tries to preserve, despite the big changes intervened during the years. Still nowadays it is clearly visible the link between man and landscape in the typical Ladin architectures, especially in the “Viles”, many typical dishes are still very much appreciated today by the local population and by turists, the artistic talent is clearly visible in the handcraft boutiques of the Val Badia, while agriculture is still a leading role even if supported by public means.

Much evidence from the past and the present can be admired in the museum Museo Ladin Ciastel de Tor in San Martino in Badia. 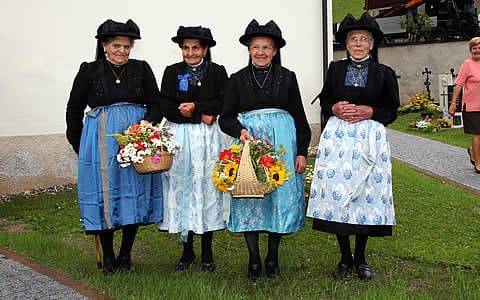 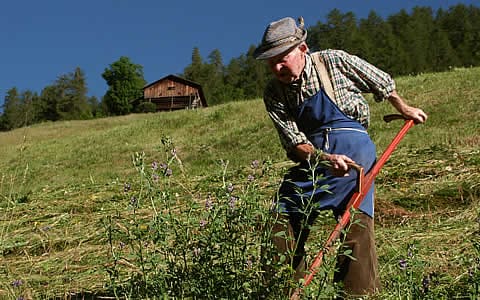